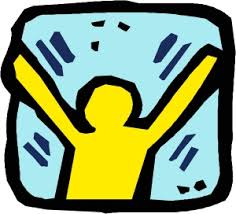 A lot of news about human trafficking and exploitation (the tragedies that fair trade purchasing fights against) is bad news, by its very nature. It is really sad to hear about slaves and people being treated badly and paid next to nothing, especially when there is not a lot we can do.  So, I think it is a good idea to celebrate that fair trade is becoming more and more common and that because of that, more people are being treated more fairly. So, I made a list of 5 things to celebrate about fair trade and our world today.

1. On a recent trip to New England, I saw fair trade coffee for sale and 3 different gas stations. I wasn’t seeking it out- it just was there. If that’s not more common than it was even a year ago, I don’t know what is.

3. Most people that I talk about fair trade with are already aware of some fair trade products, such as Counterculture coffee, which is a definite improvement from 6 months ago.

4. Green Mountain Coffee Roasters, a major U.S. company, is now the largest purchaser of fair trade coffee in the world.